The establishment of the Disaster Management and Reconstruction Division which was initially named as the Earthquake Rehabilitation and Reconstruction Division was necessitated after an intense earthquake devastated major parts of Khyber Pakhtunkhwa (KPK) Province and Azad Jammu and Kashmir in October 2005. At the very outset, NESPAK formed a small team of professionals to provide consultancy services for the rehabilitation and reconstruction projects in the calamity-hit areas. Owing to the expansion in the magnitude and scope of the projects, the staff swelled and now the number of employees serving the Disaster Management and Reconstruction (DM&R) Sector is around 400.

NESPAK has undertaken a total of 130 projects with 5,000 plus sub-projects costing Rs. 330 billion in the Disaster Management and Reconstruction Sector. As many as 109 projects have been completed while 21 are in the construction stage.

Working collaboratively in focussed interdisciplinary teams, we define and develop ideas, concepts and strategies that address great diversity of safe land use planning and urban design challenges facing post-hazard situations. The collaborative working method enables our clients to engage with and benefit from multiple points of view. Some of our principal areas of practice elucidating our approach towards work are strategic planning and policy making, spatial/physical planning, urban and regional development projects, safer land use planning, transportation planning, tourism and rural development planning.

NESPAK offers services for the development of human resource and trainings and workshops for capacity building of professionals in the disaster risk management and mitigation of potential hazards.

NESPAK has been handling seismic resistant structural designs using conventional, Innovative fast construction technologies and supervision of more than 7,000 housing, educational, health and governance and allied sector facilities under the Reconstruction and Rehabilitation in Earthquake Affected Areas Project through which consultancy services have been rendered under extreme emergency situation in an area spread over 30,000 sqkm.

Detailed design and construction supervision of 750 km roads and 9 bridges worth Rs. 10 billion in the Khyber Pakhtunkhwa (KPK) Province and AJ&K earthquake-hit areas have been undertaken by NESPAK.

Around 600,000 houses have been reconstructed in KPK and AJ&K under the owner driven Rural Housing Programme with assisted and inspected construction as per designs prepared by NESPAK. Training Manuals and Compliance Catalogues were also prepared. This is rated as the best housing reconstruction programme.

Seismic hazard microzonation studies of four major towns of Bagh, Rawalakot, Muzaffarabad in AJ&K and Balakot in KPK have been carried out. Moreover, seismic hazard microzonation of Quetta, Murree, remote areas of Shoghore Valley, District Chitral and Immit Area of Gilgit-Baltistan to build community resilience against earthquakes, floods, landslides, avalanches and other potential disasters have been undertaken. Seismic hazard and geo-technical studies were also carried out to finalise the safest location for around 5,000 buildings in the earthquake-hit areas. NESPAK has provided these services on a large number of other projects as well.

As many as 78 flood management projects have been undertaken, involving design of about 1,006 flood control schemes and construction supervision of more than 175 km of embankments.

NESPAK got this biggest project of its history for the reconstruction and rehabilitation of the earthquake-hit areas of Pakistan and Azad Jammu and Kashmir (AJ&K) as General Consultants to Earthquake Rehabilitation and Reconstruction Authority (ERRA). The project was launched as an emergency response to the massive earthquake in October 2005. Works under this Rs. 200 billion project are spread out both in AJ&K and KPK covering 30,000 sqkm of land. The scope of services for this gigantic project includes master planning, tender documents, detailed design, design review and construction supervision of the housing, healthcare, educational, administrative and governance and allied sector facilities.

NESPAK provided consultancy services to the Asian Development Bank-funded Earthquake Emergency Assistance Project in the KPK and AJ&K under two separate projects. The projects comprised designing and construction supervision of 309 middle schools in AJ&K and 124 educational facilities in KPK with an overall cost of more than Rs. 6 billion. The scope of services also included project planning and design review.

The UAE-Pakistan Assistance Program (UPAP) Building Works project in the Khyber Pakhtunkhwa (KPK) Province and the Federally Administered Tribal Areas (FATA) was the highlight of the projects acquired by NESPAK during year 2011. The project costing Rs. 2 billion was awarded by the Government of the United Arab Emirates and the Engineering-in-Chief Pakistan Army. NESPAK scope of services includes project planning, detailed design, tender documents and construction supervision for 12 healthcare and educational buildings in the disaster-hit areas of KPK and FATA. 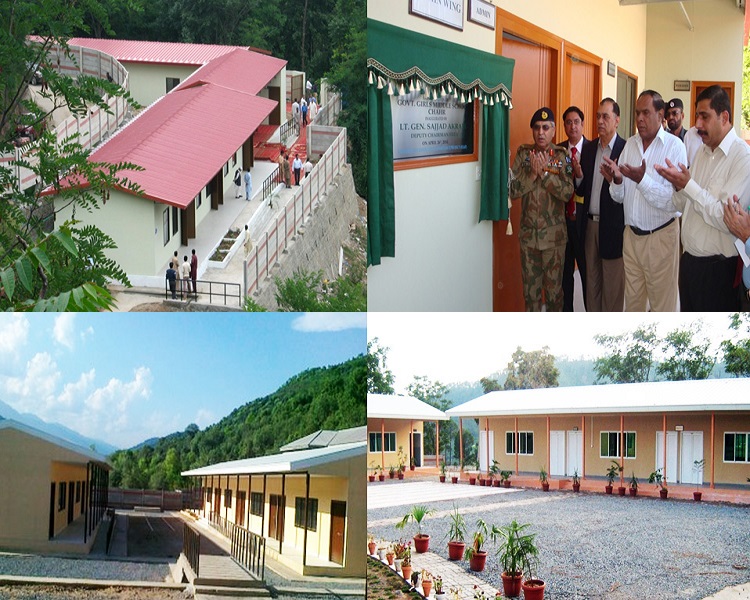 Construction Supervision of GoP Roads & Bridges in AJ&K and KP 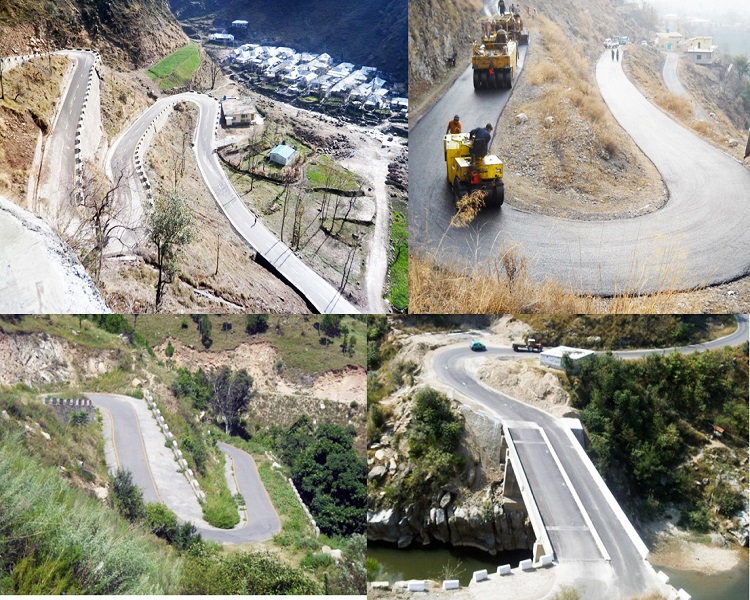 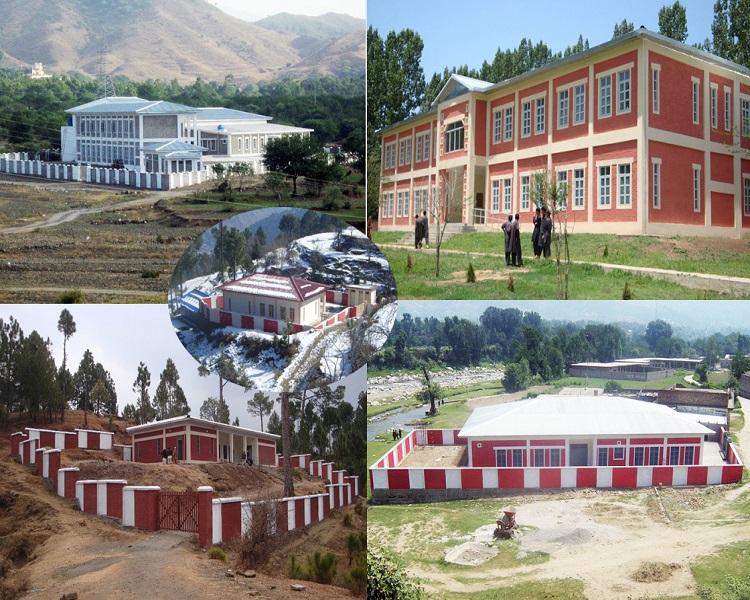 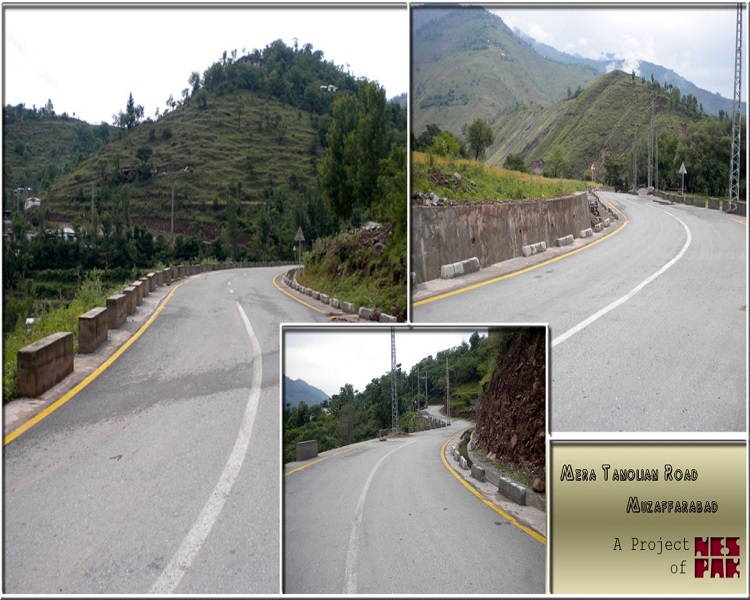